What is Oath Bound by Amanda Booloodian About?

Panic overtakes the supernatural community when two of its members are found brutally murdered. To track down the killer, they must enlist help from experienced investigators–human investigators–without exposing the secret of their existence.  Mira Owens, a talented witch with a background in dark power, risks karmic retribution by binding Detective Ian Burke to their cause. Mira; Ian; his partner, Gabe Flint; and mysterious Emmit Harker join forces to stop the killer and resist forces of destruction from another plane.

I am a sucker for urban fantasies. Those of us who plod through our daily lives with our heads down (dozing on a bus to work, preparing TPS reports in a cubical, gossiping over water coolers, doing endless loads of laundry, and feeding our whining kids another bowl of mac-n-cheese…) cannot help but be seduced by the idea that there’s more happening beneath the surface than we realize. There’s magic, people with strange and dangerous abilities, and drama on a cosmic scale. 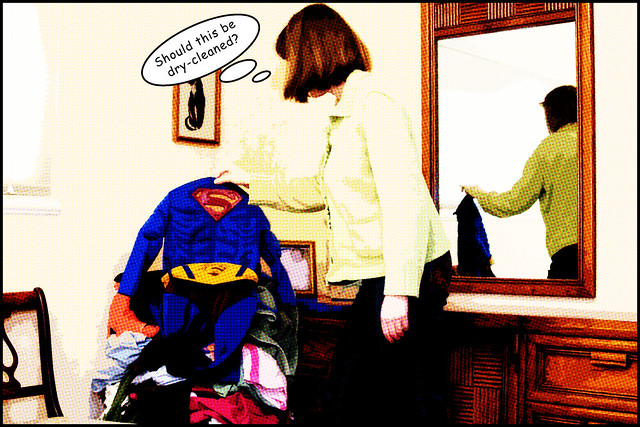 It’s a concept that can shake us out of our stupor, make us look around for signs of something wonderful, and help us stave off the notion–at least for one more day–that this dreary reality is all there is. It reminds us that there is still room to make something new happen and that adventures may be just around the bend.

Or, is that just me? Gawd. I sound like a cheerful person, don’t I? Thank goodness I have some escapist literature to keep me from being a miserable lump!

The world revealed in Oathbound is full of every fantasy creature you can imagine: witches, vampires, werewolves, angels and muses. This is a world that challenges our notion of what makes a monster. Sure, the guy living in the mansion may have fangs and drink blood, but he helps organize community events and provides you with a place to stay when you’re homeless. Moreover, he’s not feral. He won’t bite you…probably.  Compare him with the human landlord who harasses his tenants and threatens legal action because he wants to “bleed” people for every last cent to their name.

Oath Bound starts off slow, introducing characters, hinting at their backgrounds, providing a glimpse into a gathering of supernaturals, and describing the murders. The narrative has a detached air to it, which subdues the heightened emotions the characters must be feeling when faced with moral quandaries, possible romantic connections, and someone preying on their community . I’m perplexed why the beginning focuses on a family history instead of discovering the body of the latest murder victim, which would establish Mira’s grief and fear over the loss. Instead of hooking us with a shocking scene and strong emotions, we’re fed rather dry information.

The lack of emotional intensity and proper focus hamstring this book. As an example, Mira’s attention wavers between three extremely attractive men. Then, just as if someone snapped their fingers, she decides she’s romantically interested in one. Nothing happens to draw them together and their chemistry feels flat.  Mira’s interactions with the male lead are transactional rather than emotional: he asks her to work some magic on his behalf and he provides her with a a concierge service. I don’t know about you, but I want a lot more from my lover than a business deal.

Secondly, Mira was supposedly close to one of the murder victims, but little is done to explore the contours of their relationship and the nature of her grief. Many times in the story, it’s easy to forget that Mira has lost anyone. Her friend seems like a hazy memory rather than a loved person lost recently.

Finally, it was unclear whether this book most wanted to be romance with a quest to save the world from occult forces or a mystery/thriller with supernatural characters. This lack of focus also sapped the book of some of its potential power. Personally, I think the most promise lies with Mira’s dealings with the detectives. They are an interesting duo who each resist Mira’s efforts in their own way. That being said, all of the characters have interesting backstories and if they were given a little more room to breathe and act out, they could all be easy to root for.

Oath Bound gains momentum at around the 70% mark, when Mira and Gabe are thrust into an alternate reality and must fight like hell to return to their own world. The frightening situation, revelations about each other’s abilities, and the tension between them bursts forth and makes this novel come to life. Up to this point, I felt lukewarm about Oath Bound. It hit many of the notes that I expected of an urban fantasy, but it didn’t excite me. The climax was different. It got my heart beating and gave me a taste of what powerful writing Amanda Booloodian was capable of. I hope the rest of her series dazzles us as much as this portion of the book.

Thank you to Amanda Booloodian for providing me with an ARC of her forthcoming novel. It was a pleasure to read.

For its release on August 7th, Oath Bound will be in a box set titled The Shadow Files. There will be 22 books in this set. My review is for Oath Bound only, not the entire set.

3 thoughts on “Would you dabble in dark magic?”

Sam made this super awesome mug in ceramics class. I hope I don’t poke my eyes out when drinking my coffee!
Poor kitty isn’t happy about being at the vet #catsofinstagram #cutekitty
Seattleat night
I swear I’ve been knitting this sleeve for ages and it’s not getting any longer. #knittersofinstagram #knitting
Chicken & ramen soup. #mealprep
It was a treat to see Elizabeth Warren.