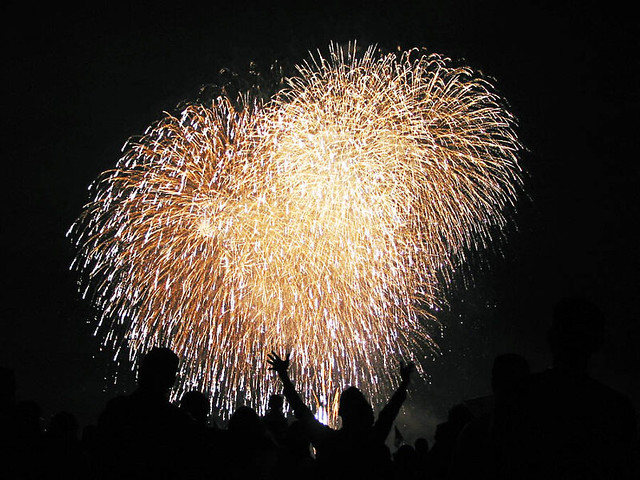 I took this photo in 2003. The state of the nation has changed dramatically since then. As a people, we are sharply divided. We are currently engaging in battles over constitutional law, basic rights and privileges. Many people voicferously argue for one position or another because they believe it’s what our forefathers had envisioned, or it’s the American way, or it would make America great again. Many of these positions are diametrically opposed to one another, which shows that the national character has lost clarity over time.

If you’d like to dig deeper into what our founding fathers (and mothers) had in mind and what America used to be like during its formative period, I suggest reading the following:

Editor’s summary: The Federalist Papers are a series of 85 articles encouraging the ratification of the United States Constitution. The Federalist Papers serve as a primary source for interpretation of the Constitution, as they outline the philosophy and motivation for the proposed system of government. Hamilton, Madison and Jay wanted to encourage the ratification and also set the standards for future interpretation of the Constitution. This book is essential for understanding the beginnings of the greatest democracy in the modern world.

“The accumulation of all powers, legislative, executive, and judiciary, in the same hands, whether of one, a few, or many, and whether hereditary, selfappointed, or elective, may justly be pronounced the very definition of tyranny.”
― James Madison, Federalist Papers

“For in politics, as in religion, it is equally absurd to aim at making proselytes by fire and sword. Heresies in either can rarely be cured by persecution.”
― Alexander Hamilton, The Federalist Papers

“Distrust naturally creates distrust, and by nothing is good will and kind conduct more speedily changed.”
― John Jay, The Federalist Papers

Editor’s Summary: Democracy in America has had the singular honor of being even to this day the work that political commentators of every stripe refer to when they seek to draw large conclusions about the society of the USA. Alexis de Tocqueville, a young French aristocrat, came to the young nation to investigate the functioning of American democracy & the social, political & economic life of its citizens, publishing his observations in 1835 & 1840. Brilliantly written, vividly illustrated with vignettes & portraits, Democracy in America is far more than a trenchant analysis of one society at a particular point in time. What will most intrigue modern readers is how many of the observations still hold true: on the mixed advantages of a free press, the strained relations among the races & the threats posed to democracies by consumerism & corruption. So uncanny is Tocqueville’s insight & so accurate are his predictions, that it seems as tho he were not merely describing the American identity but actually helping to create it.

“Nothing is more wonderful than the art of being free, but nothing is harder to learn how to use than freedom.”
― Alexis de Tocqueville, Democracy in America

“I cannot help fearing that men may reach a point where they look on every new theory as a danger, every innovation as a toilsome trouble, every social advance as a first step toward revolution, and that they may absolutely refuse to move at all.”
― Alexis de Tocqueville, Democracy in America

“Society is endangered not by the great profligacy of a few, but by the laxity of morals amongst all.”
― Alexis de Tocqueville, Democracy in America

My Dearest Friend: Letters of Abigail and John Adams

Editor’s Summary: In 1762, John Adams penned a flirtatious note to “Miss Adorable,” the 17-year-old Abigail Smith. In 1801, Abigail wrote to wish her husband John a safe journey as he headed home to Quincy after serving as president of the nation he helped create. The letters that span these nearly forty years form the most significant correspondence–and reveal one of the most intriguing and inspiring partnerships–in American history.

As a pivotal player in the American Revolution and the early republic, John had a front-row seat at critical moments in the creation of the United States, from the drafting of the Declaration of Independence to negotiating peace with Great Britain to serving as the first vice president and second president under the U.S. Constitution. Separated more often than they were together during this founding era, John and Abigail shared their lives through letters that each addressed to “My Dearest Friend,” debating ideas and commenting on current events while attending to the concerns of raising their children (including a future president).

Full of keen observations and articulate commentary on world events, these letters are also remarkably intimate. This new collection–including some letters never before published–invites readers to experience the founding of a nation and the partnership of two strong individuals, in their own words. This is history at its most authentic and most engaging.

“I long to hear that you have declared an independency. And, by the way, in the new code of laws which I suppose it will be necessary for you to make, I desire you would remember the ladies and be more generous and favorable to them than your ancestors. Do not put such unlimited power into the hands of the husbands. Remember, all men would be tyrants if they could. If particular care and attention is not paid to the ladies, we are determined to foment a rebellion, and will not hold ourselves bound by any laws in which we have no voice or representation.”

“These are the times in which a genius would wish to live. It is not in the still calm of life, or the repose of a pacific station, that great characters are formed. The habits of a vigorous mind are formed in contending with difficulties. Great necessities call out great virtues. When a mind is raised, and animated by scenes that engage the heart, then those qualities which would otherwise lay dormant, wake into life and form the character of the hero and the statesman.”
― Abigail Adams

“I am more and more convinced that man is a dangerous creature and that power, whether vested in many or a few, is ever grasping, and like the grave, cries, ‘Give, give.”
― Abigail Adams

Editor’s Summary: Throughout history, some books have changed the world. They have transformed the way we see ourselves—and each other. They have inspired debate, dissent, war and revolution. They have enlightened, outraged, provoked and comforted. They have enriched lives—and destroyed them.

Published anonymously in 1776, six months before the Declaration of Independence, Thomas Paine’s Common Sense was a radical and impassioned call for America to free itself from British rule and set up an independent republican government.
Savagely attacking hereditary kingship and aristocratic institutions, Paine urged a new beginning for his adopted country in which personal freedom and social equality would be upheld and economic and cultural progress encouraged.

His pamphlet was the first to speak directly to a mass audience—it went through fifty-six editions within a year of publication—and its assertive and often caustic style both embodied the democratic spirit he advocated, and converted thousands of citizens to the cause of American independence.

“A long habit of not thinking a thing wrong, gives it a superficial appearance of being right, and raises at first a formidable outcry in defense of custom. But the tumult soon subsides. Time makes more converts than reason.”
― Thomas Paine, Common Sense

“Society is produced by our wants, and government by wickedness; the former promotes our happiness positively by uniting our affections, the latter negatively by restraining our vices. The one encourages intercourse, the other creates distinctions. The first is a patron, the last a punisher.”
― Thomas Paine, Common Sense

“Give me liberty, or give me death.”
― Thomas Paine, Common Sense

2 thoughts on “What is America?”

I just saw Terry and @gyanriley play at Benaroya Hall. It was sublime. If you get a chance to see them, don’t pass it up. Afterwards, I had to take a closer look at this Chihuly chandelier. Wow.
I’m trying to prep more of my meals in advance. It’s rewarding to eat a tasty and balanced meal, but as someone who is fundamentally lazy when it comes to exploits in the kitchen, this is going to be a challenge.
My valentine took me out for cocktails at a place called the Velvet Elk. I’m pretty sure that’s not an elk on the wall. City folk 🤓The cocktail knocked my socks off, though.
My latest earring project. I dipped them in ProtectaClear, which is supposed to help add body to them. I hope it works! #beading #beadstitching
I just finished Severance, one of the books I bought while in NYC. It was a beautifully told story. I LOVED the Three Lives & Company bookshop. Well curated collection. The Strand was ok, but terribly crowded. For big bookstores, I’d much rather go to Powell’s in Portland, OR.
She really missed me...hasn’t left my side since I got home.