There are few lessons from my school days that I remember with as much pleasure as when I first learned about Greco-Roman mythology. They held much of the same charm as the Hans Christian Anderson fairy tales I had previously enjoyed: frightening monsters, unlikely heroes, and lessons packaged in compelling and memorable ways.

But there was something that set the myths apart from the tales: people believed in them. They didn’t just recount the stories to entertain or to instruct. They actually sacrificed cattle to appease angry gods and built temples to worship them. While I did not share their belief, my own religious devotions at the time helped me appreciate the import these stories had for a part of the world at a specific time.

Not only that, but the imagery developed in the myths were pleasurable to savor: ruby red pomegranate seeds; the silhouette of a winged boy soaring towards the fiery sun; gorgons with their reptilian hair; fleet ships; the wine dark sea; slavering maws of monsters; intricately detailed shields; finely honed bodies; and narcissi nodding over mirror-like ponds. 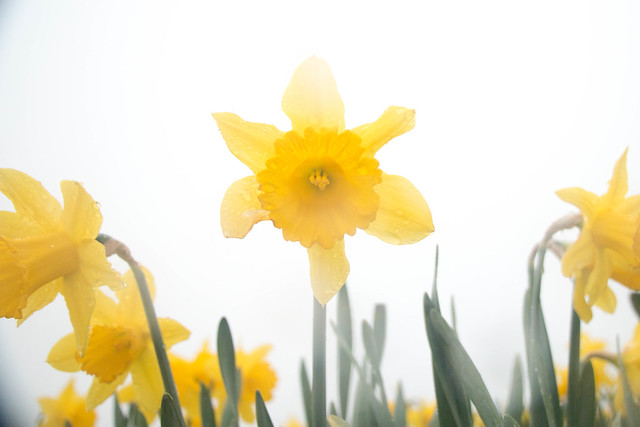 I fully expected to experience some of these same pleasures when I picked up Circe by Madeline Miller. What added zest to my anticipation was wanting to see how the characters’ psychologies could be drawn out by a gifted author who was also scholar of classics. How much liberty would she take? Would the stories still be recognizable? Which versions of the Circe myths would she draw from?

Let’s back up for a minute and address the question of who Circe is. By most accounts, she is the daughter of Helios, a Titan, and of Perse, an Oceanid nymph. She was sister to Perses, Aeëtes, the keeper of the golden fleece, and Pasiphae, the mother of the minotaur. Homer’s account of her in the Odyssey magnified her fame.

We came to Aiaia, which is an island. There lived Circe
of the lovely hair, the dread goddess who talks with mortals,
who is own sister to the malignant-minded Aietes;
for they both are children of Helios who shines on mortals,
and their mother is Perse who in turn is daughter of Ocean.

There, she was portrayed as a witch who used “evil drugs” to make lions and wolves betray their nature by acting domesticated. She subverted the rules of hospitality by using “evil” potions to transform her guests into the shameful form of swine.

As a last resort, if a man were to scare her, she would invite him to her bed, making him “weak and unmanned, once … naked.” We never see Circe break free from the superficial tales circulated about her by frightened men and manipulative gods. In the Odyssey, her nature is never fully revealed. 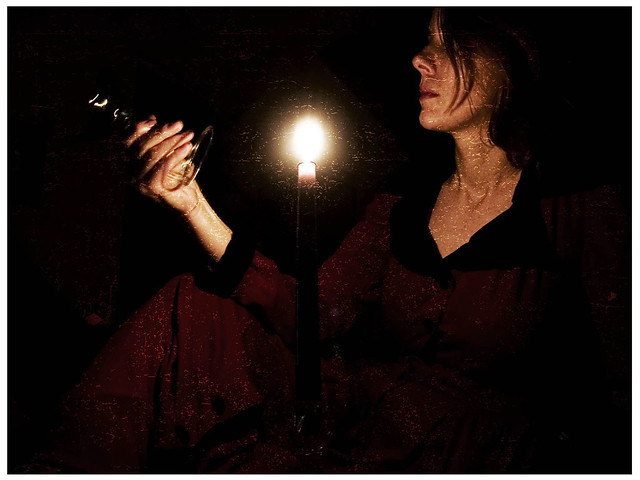 Conversely, we knew a lot about Odysseus. He was wily, beloved of Athena, a shameless flatterer when it suited his ends, egotistical, a strong leader and fond of his family. He never gave up, no matter how the odds were stacked against him. But we didn’t just know these facts about him. We learned a lot by watching him in action. More importantly, he wasn’t just “good” in the simple way that Circe was portrayed as “evil.” He was a curious mixture of good and bad–as all people are.

It’s just this sort of disparity in the depth of representation of male and female characters that Miller sought to address in her take on the myth. Her task was similar to the one taken on by Marion Zimmer Bradley  in Mists of Avalon and Gregory Maguire in Wicked. All three of these books focus on a female character who was previously portrayed as irredeemably evil–so evil, that there was no way anyone could possibly relate to them. All three of these women had a sort of power that was unusual for women in their communities, and at least two of them wielded a sort of terrifying sexual power, the kind that undoes a man who is unfortunate enough to become entangled with them. In their redemptive retellings, we see them emerge from terrible childhood abuse, which is about as pure a state of powerlessness as one can imagine. All three have spirits that will just not break and they gradually accumulate power so they can define their lives as they see fit, not as others would mold them.

“Humbling women seems to me a chief pastime of poets. As if there can be no story unless we crawl and weep.”

In Circe’s case, we first meet her when she’s a youth in her father’s hall. She is scorned for being less beautiful and less powerful than her parents, siblings and all the other sycophants in attendance upon Helios. She reminds me of the many Victorian characters who start out as unloved and unfortunate orphans, such as Jane Eyre or Oliver Twist. It’s a character type so finely honed that it instantly triggers our sympathy and its just as successful in modern literature as it was in Victorian. Consider Harry Potter, for instance.

Her first rebellious act is also the one that leads to her exile: bearing a drink to Prometheus after he was punished for giving fire to man. Unlike the cruel rebellions of her siblings, her act is one of kindness. This is important. While we may have understood her lashing out at her oppressors and doing something mean-spirited, we couldn’t have felt affectionate towards her. When she acted spitefully after Scylla stole the object of her affections, we forgave her because we knew she had those essentially kind impulses in her and because she deeply regretted what she had done. None of the other gods ever behaved in this complex way. Their feelings weren’t ever at odds with their impulsive actions.

“Then I learned that I could bend the world to my will, as a bow is bent for an arrow. I would have done that toil a thousand times to keep such power in my hands.”

Perhaps the most humanizing moment in the book is when Circe is caring for her newborn son. For the first time, we saw her bent under a burden she feared she could not sustain. He was a fussy child who was difficult to comfort. More significantly, he was human and his bodily needs required continual work.

“Sweet son,” I said “you are right, this world is a wild and terrible place, and worth shouting at. But you are safe now, and all of us need to sleep. Will you let us have a little peace?”

Anyone who has been a parent or cared for a small child can relate to her exhaustion and despair and her bone-deep love for the little being.

Madeline Miller faced down a number of narrative challenges with this book. She had to contend with a character whose actions may be repugnant to some. She turned sailors into pigs, after all, and at least in other tales, for seemingly no reason at all. Miller offered a more plausible reason behind this, deepening our sympathy for this character. Circe was forced into it by the rapacious sailors who ended up on her island. They saw a woman alone with riches all about her and their greed and lust took over. Circe used magic to defend herself. We can sympathize with and even admire that. #metoo

Secondly, Circe was exiled to a lonely island. It’s hard to imagine how much action could be drummed up with one character living in isolation. Luckily for the author, this is a world where the gods could orchestrate things and pop in for a visit whenever they felt like it. Also, sailing was such a risky prospect back then that sailors were often getting lost and having adventures. More than a few washed up on the shores of Aiaia.

Finally, and this was possibly the most difficult hurdle for Miller to overcome: we all know how this story was supposed to end. I will admit that I reached a point where I didn’t want to keep reading because I had grown to like the character so much and knew that there was no way for her to avoid certain heartbreak. I got over that quickly enough because the characters were so compelling and my heart was engaged.

Claire Messud, in her review of  Miller’s book,  writes, “Purists may be less enchanted, bemused by Miller’s sentimental leanings and her determination to make Circe into an ultimately likable, or at least forgivable, character. This narrative choice seems a taming, and hence a diminishment, of the character’s transgressive divine excess.”

It amuses me to think of there being any “purists” when it comes to these myths, because there is no authoritative version of them. In fact, there are multiple tales, many of which conflict with one another. I also take issue with any purists who would consider the humanizing of Circe as a diminishment. Our concept of her started out as two dimensional. She was nothing more than a bogeyman. By the end of Miller’s book, we see her as a complex being with a history that informs her behavior and a heart that guides it. If anything, this tale is an enlargement of a character who has captured our imaginations in one form or another for centuries.

5 thoughts on “Circe, by Madeline Miller”

Yay! Pretty. The pattern is “Behind my Back” by Justyna Lorkowska. Having lace in the back is a lot more fun than a “kick me” sign. #knitting #handknitting #seattleknits
Yay! It’s blocking day for the orange sweater. #knitting #seattleknits #handknit
Cleaned out my purse. I found my lip balm. I thought I was all out. Hahahaha
You’re just going to have to take my word for it. The coconut curry I made for dinner tonight was really, really good.
Mushroom veggie burger. Pretty tasty! #vegetarianfood #cooking
Day 9 of the @stylemakerfabrics #sewconnected photo challenge: style. My style is largely dictated by my workplace dress code and isn’t represented in these photos. I wear a lot of sheath dresses and jackets. I tend towards more tailored, classic looks. I would love to be able to sew those sorts of garments and am working on developing my skills. My casual style is more in flux. I’ll try just about anything from bright to subdued, fitted to loose, always much improved with a feline accessory. #sewingafter40 #seattlesews #memade #memadewardrobe #diyfashion