Beaches on Puget Sound aren’t picturesque in the way of those in Hawaii, Mexico or the Caribbean. There aren’t huge stretches of powdery sand, translucent water, palm trees or stunning sunsets. 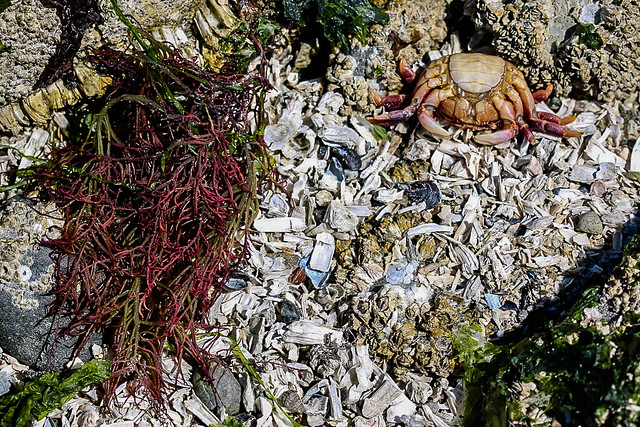 The skies are full of crows and gulls venting in their shrill way. 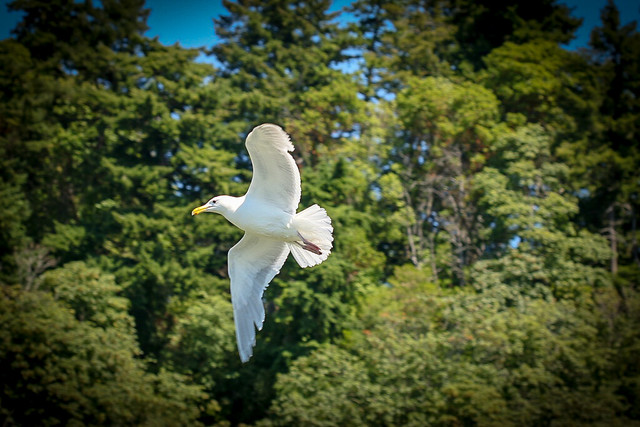 You will see some determined people trying to swim, their lips turning blue and their teeth chattering, and a couple of people courting cancer by browning their carcasses on beach towels.

Twice now, my friend Anna has dragged me to one of these beaches specifically to take photos. I’ll confess to a lack of imagination and vision when first scoping out these scenes. There was nothing in front of me that begged to be photographed: no monument natural or man-made, nothing saturated with color, and no sexy lifeguards.

But then I’d be distracted by giggling children digging in the muck, the bark of a dog chasing a stick, or a couple holding hands and watching a sailboat drift along the horizon. While I liked these things, I didn’t feel compelled to point my camera in their direction. I didn’t want to insert myself into someone else’s quiet enjoyment of nature.

As Anna wandered about the beach, busily snapping pictures of one thing or another, I wondered how I was going to occupy myself. I didn’t want to be one of those friends, who whines about every little thing. I shouldn’t have fretted.

The sinuous curl of a piece of seaweed caught my eye. 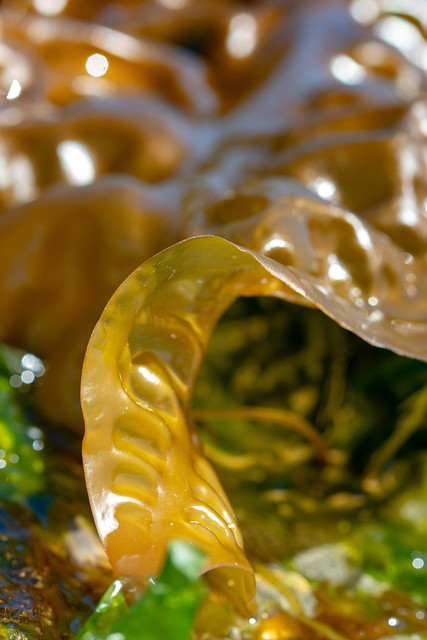 Then, I noticed a clam shell improbably propped up on its two halves. 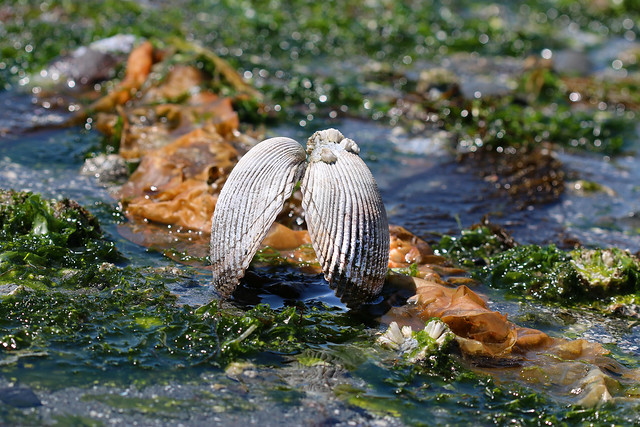 Next thing I knew, I had been crawling around in the rubble and muck, trying to get just the right angle for the perfect photo of these little treasures. After I had sufficiently humbled myself before Mother Nature, She brought out some particularly delightful specimens for me to admire.

There was the moon snail, as big as a softball: 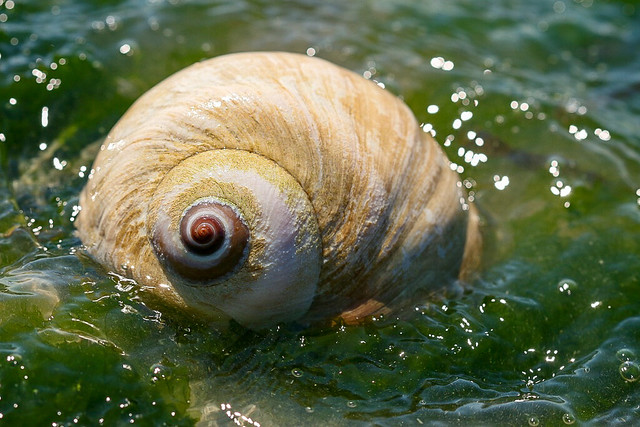 And a giant purple starfish: 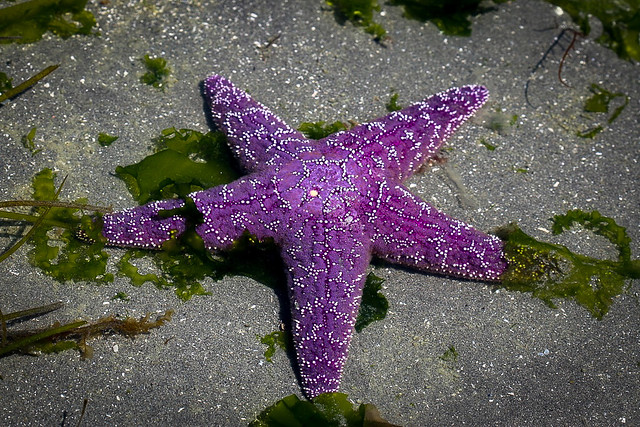 Last, but not least, there was a magnificent heron, strolling along the beach and gulping down glittering minnows. 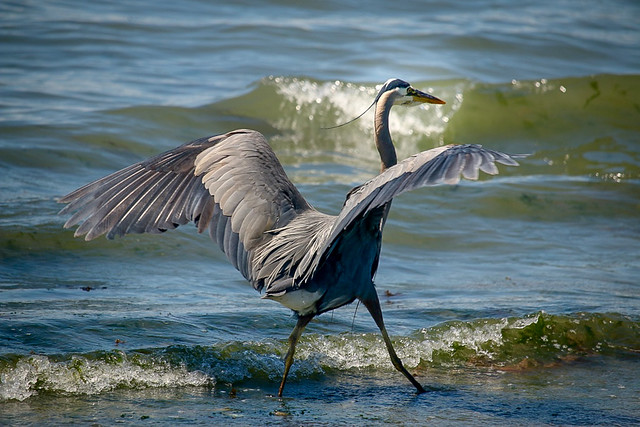 Learning to see often requires us to let go of our notions of what’s worth looking at. By examining every little thing as if it were the most miraculous thing in the world, it’s possible–even likely–that you’ll discover something special in it.