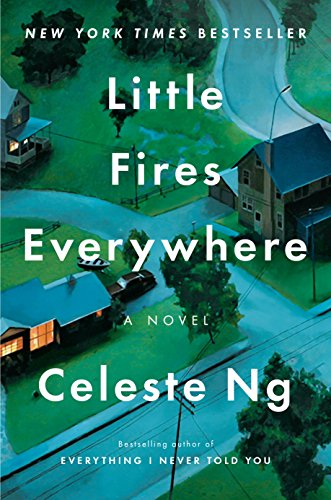 This book chronicles the meeting of the “perfect” American family with a nomadic artist and her teenage daughter. It details their multiple and complicated entanglements and how they eventually unravel.

Cleaned out my purse. I found my lip balm. I thought I was all out. Hahahaha
You’re just going to have to take my word for it. The coconut curry I made for dinner tonight was really, really good.
Mushroom veggie burger. Pretty tasty! #vegetarianfood #cooking
Day 9 of the @stylemakerfabrics #sewconnected photo challenge: style. My style is largely dictated by my workplace dress code and isn’t represented in these photos. I wear a lot of sheath dresses and jackets. I tend towards more tailored, classic looks. I would love to be able to sew those sorts of garments and am working on developing my skills. My casual style is more in flux. I’ll try just about anything from bright to subdued, fitted to loose, always much improved with a feline accessory. #sewingafter40 #seattlesews #memade #memadewardrobe #diyfashion
@stylemakerfabrics #sewconnected photo challenge day 8: tips & tricks. Having trouble sewing over thick intersecting seams on your jeans? Hammer them into submission (use some restraint because you can damage the fabric). #sewingover40 #seattlesews #sewingismytherapy
Oatmeal wheat bread. I envision this being part of some great sandwiches. #bakingfromscratch #baking #breadmaking