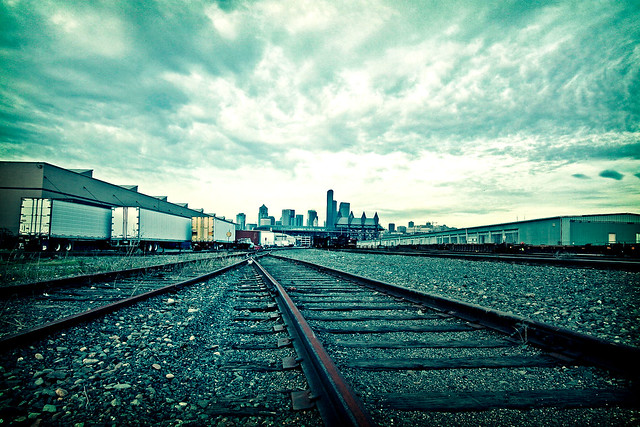 When I was riding the bus home yesterday, a young man, who couldn’t have been too much older than my son, curled up in a fetal position at my feet. He moaned as he rocked back and forth on his haunches. I watched him for a little while at a loss for what to do –and whether or not I should do anything.

Would he resent my intrusion?

Would it be safe for me to talk to him? (Once, not too long ago a homeless person, likely suffering from schizophrenia, lashed out at me and dogged my steps downtown. It scared me.)

Should I offer him my seat? Would that make the person next to me nervous or uncomfortable?

Eventually, when another passenger left, the young man crawled into a nearby seat  and continued rocking. He moaned, “I’m so scared…I feel so dizzy…”

So, I reached out and touched his arm. I asked, “Are you ok?” He muttered something incomprehensible. I lowered my head so I’d be at eye level with him and asked, “Do you need help?” His eyes connected with mine and he smiled. It was a feeble effort. He told me he had been sleeping on the streets and wasn’t feeling well. He had been to Harborview, but it was going to take three hours for a doctor to see him and he had to go get his backpack. I offered to call someone for him, a doctor or an ambulance. He declined, politely enough, because he had to get that backpack.

As he spoke, I observed his filthy clothes, the tattoo of a leaf on his hand, the horizontal scars criss-crossing his arms, and the scabs on his face. I could tell his skin was clammy. But, I also saw his beautiful hazel eyes and sad little smile.

I told him where the bus was headed and roughly where a hospital with an emergency room was. And then I got off the bus.

As much as I wanted to help him, I couldn’t offer to drive him somewhere myself. It wouldn’t be safe. I was by myself and am nervous in the company of most unfamiliar men. What’s more, I’m sure he was suffering from withdrawals. I have had experiences with junkies and their inability to resist the lure of easy cash. My purse might have been one temptation too much.

Am I a coward? Perhaps.

I have never felt so useless in my life. That poor child. I’m sure one could lay blame at his feet for one thing or another. But he was a lonely, frightened soul, in the grip of something terrible without any support to lean on. I wouldn’t wish that fate on anyone.